So, what better day to think about social work than on Thanksgiving! It’s a day where hopefully most of us can take a day for self-care, or go out on the field and do some good work with charitable communities.

However, in today’s #TBT post and look at one of the first founding organizations in SW methods, we’ll look at how being a social worker is about more than just having charitable intentions. After the standardization of our profession’s field of knowledge and methods, we learn that beyond just “good intentions,” an effective “social justice worker” integrates three components: heart (values), mind (intellect and scientific method), and hand (action). (Finn & Jacobson, 2007)

One of social work’s challenges from its onset was defining how it went about its methods of helping. Were social workers just well-intentioned “do gooders” that provided charity indiscriminately? Middle-class “friendly visitors” concerned  with the ills of the industrial age and urban poverty?

Also, in the midst of established societal structures that were dedicated to social charity, such as religious spaces and charities on the mezzo level, as well as the emergence of psychoanalysis on the micro level (then limited to physicians), how was social work different or valuable in its helping process?

It wasn’t approximately until the late 19th Century that the emergence of the Charity Organization Societies in Britain and in the U.S. that social work would begin to formulate the helping methods of assessment and allocation of resources to vulnerable populations. We may know this now as case management (Smith, 2002).

Admittedly, founding papers titled “How to Deal with the Unemployed Poor of London and with its Roughs and Criminal Classes” (Solly, 1868; Smith 2002) and “Organizing Charitable Relief and Repressing Mendicity” (Rooff 1972: 29; Smith 2002) have the ring of a client-blaming approach (and concerned Stepford Wife bridge-club members tone), and hardly the oppression-informed perspective social work has today. This would of course later improved upon by Jane Addams and her community-based settlement house approach in the founding of Hull House. Yet still, the question of “individual causes” versus policy poverty is present in our modern-day debates about means-tested help, “the worthy poor” (e.g., Bentham’s theory people did what was pleasant and would not do what was unpleasant), and debates about the nature of social welfare.

Social work’s beginnings in charity work and social justice may have been marked by a micro approach and biased approach regarding the degree of personal responsibility for human ills, but in its own search for a body of knowledge and investigation of methods of assessment and helping, the profession can be thankful that in facing our privilege and prejudices about human suffering, we grew to understand it. Through those “first errors” and “search for methods” we grew and are still growing into the work of human betterment.

Happy Thanksgiving to All! 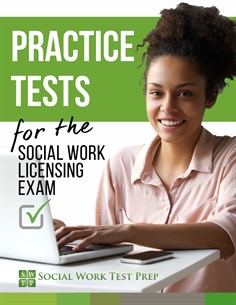